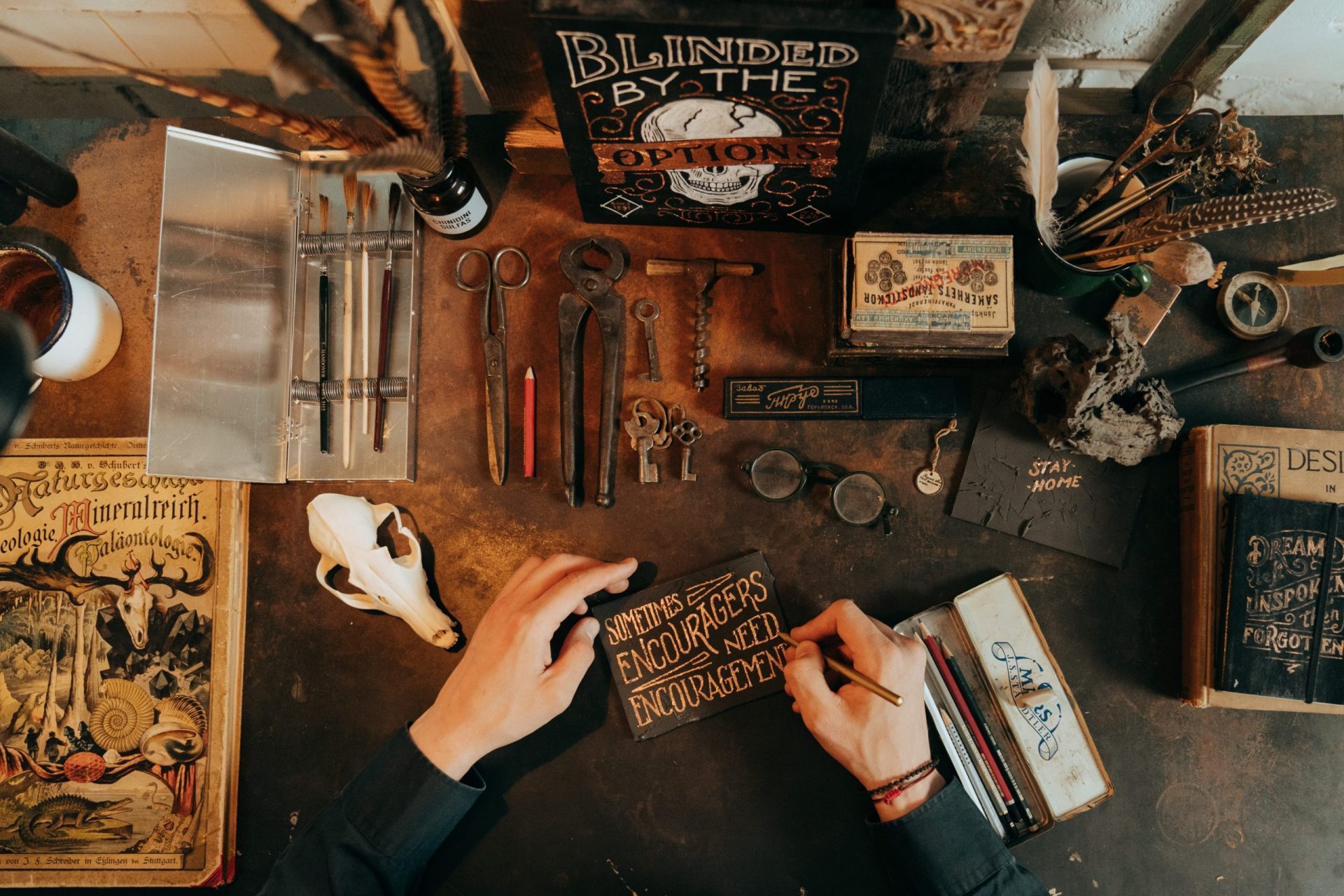 The ancestor of the pen: the calame
During Antiquity, as characters, scholars drew lines and shapes with reed stems called calames. These instruments allowed them to write deep in the clay of the tablets which they then used as supports. Thus, when the tablets were baked or dried in the sun, the signs remained visible.
The Roman metal stylus
If the Greeks transformed the reed pen (calame) by beveling its point in order to better write on the papyri and by splitting it to better retain the ink, it was the Romans who developed the metal stylus to trace letters on the wax tablets, one of their main writing mediums.
From goose feather to metallic nib
With the generalization of Velin in the 6th century, softer and less rough than papyrus, the quill pen took over all the writing instruments then existing. It has many advantages: light, very handy, you can easily cut its tip to vary the thickness of the lines, but also to retain the ink. This long and aesthetic nib will take center stage for several centuries until the metal nib supplants it in the middle of the 18th century. First in England, then throughout Europe in the 19th century. The use of the pen became compulsory in French schools in 1860 !
The fountain pen: the revolution of a system
The fountain pen revolutionizes the world of writing, because now it is no longer the nib that goes to the ink, but the ink contained in the pen that reaches the nib in a continuous flow. However, even if there is a first fountain pen patent dating from 1827 in the name of the Romanian Petrache Poenaru, the fountain pen is not the result of a single inventor, it is the fruit of several decades of research and use. . We then speak of a “portable pen”. The term fountain pen will appear in the 20th century when Lewis Edson Waterman will develop the ink reservoir system.
The appearance of the ball pen
For many students around the world, writing became almost child’s play at the end of the 1960s when many countries, including France, decided to relegate penholders and inkwells to the archives in favor of the ball pen, less restrictive to use and less messy. It was two brothers, the Hungarians Biro, who developed the ballpoint pen in 1949. The ball pen took off in 1953 when Baron Marcel Bich bought the patent from the Biró brothers, modified the ink cartridge which became autonomous of 2 km of writing and gives it its commercial development. Disposable, refillable, since the ballpoint pen has continued to improve. With its 360° BALL, YOOKERS participates in this evolution since this pen writes at… 360 degrees! Vertically or horizontally, upside down or upside down, underwater or in space, the YOOKERS PEN 360° ballpoint pen meets all writing challenges without ever failing, because unlike traditional refills, the refill YOOKERS PEN 360 doesn’t need air to thin the ink. Pressurized with nitrogen and hermetically sealed, which prevents the ink from leaking, evaporating or drying out, the YOOKERS refill propels the ink towards the ball even if you hold your pen pointing to the sky! Moreover, its ink with a viscoelastic texture adheres to all types of surfaces, whether smooth, grainy, porous, and attaches itself where classic ballpoint pens struggle to write. A technology well known to astronauts who have been using pens equipped with this type of refill since the 1960s! In France, it was in 1972 that the ballpoint pen was proclaimed “pupils’ favorite instrument”, but already a new foam tip was beginning to overshadow it, because it was more flexible, more pleasant to handle… the pen -felt takes its marks !
The roller
Appearing in the 1960s, with its water-based or gel ink, the rollerball took off in the 1980s. Designed to combine the ease of use of the ballpoint pen and the writing quality of the fountain pen, it has the particularity of having a steel ball in its tip. For even more simplicity, YOOKERS has created a roller tip that you adapt to the body of your pen and that you refill with fountain pen ink cartridges.
felt penink cartridgerefillable felt penwritingyookers
Share:
Prev post Next post